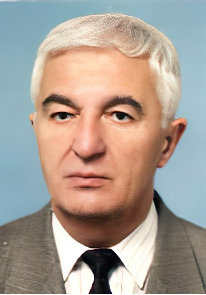 Professor Dr Đorđe Paunović passed away on August 3, 2021, in Belgrade.

Prof. Paunović was the Chair of the TELFOR Steering Committee for many years. In all those years, he was the main driving force for both TELFOR and the Telecommunications Society. His inexhaustible energy and great enthusiasm prof. Paunović invested in making TELFOR the best place to meet colleagues and friends who work in the field of telecommunications and related fields as scientists, engineers, managers.

During his long and rich career, he was our professor, boss, colleague, friend and, in every sense, much more than that.

Profesor dr Đorđe Paunović was born on 21st of July, 1938, in Belgrade, Serbia, by father Siniša and mother Olivera (maiden name Avramović). He got his Dipl. Ing. degree (Electronics and Telecommunications) at the ETF - School of Electrical Engineering, University of Belgrade, Serbia. As a Fulbright grant recipient he spent school year 1972/73 in USA and received the M.Sc. EE degree in the field of CAD of the radio communication circuits from the Polytechnic Institute of Brooklyn, New York, USA, in 1973. In the period 1974-1978, he worked on his doctoral dissertation "Synthesis of a broadband cylindrical RC antenna with input susceptibility compensation in the power zone" and finished it in 1978 at the ETF in Belgrade, earning the title of PhD in Technical Sciences.

After graduation, Đ. Paunović joined the ETF in Belgrade, where he spent his entire working life. He was teaching and research assistant with the Department of Radio technology during several terms. He was elected Assistant Professor for Telecommunications in 1979, Associate Professor in 1986 and Full Professor in 1990. From October 1, 2003, Prof. Paunović was a retired full professor. After retirement he has a permanent contract with ETF as a scientific consultant and leading project manager.

During his career he was the mentor of over 80 final bachelor projects, over 20 M.Sc. and specialistic thesis and two PhD thesis. He also published several auxiliary textbooks with solved problems in the wider field of radio engineering. The text book Radio engineering - a collection of solved problems, which had several editions, should be especially emphasized.

Profesor Paunović published over 140 scientific papers (of which 8 papers are from categories M21,22,23). According to SCOPUS, the papers of Đ. Paunović were cited 108 times, with 7 cited papers from the ISI list. He received several awards for his work in his younger days.

Professor Paunović was the state licensed designer for the field of telecommunications (license 353 of the Serbian Chamber of Engineers). He was the head, leading and responsible designer, manager, coordinator or associate in several tenths of main and other leading projects, ie a total of more than 1,000 projects and studies for many companies: Telekom Serbia, PTT Serbia, Public Enterprise Electric Power Industry of Serbia, Serbia and Montenegro Air Traffic Services, NIS, Telenor, VIP, RTS, Army, as well as other state and private institutions, companies, etc. As a result of these activities, several different telecommunication systems and networks have been implemented, as well as software design packages in the field of radio communications. He especially dealt with system aspects, planning and design of large telecommunication networks and systems (mobile, radio, computer, multimedia, optical, etc.).

Based on the developed projects, among others, in full or in part were realized: Paging system of PTT Serbia (the system passed the entire technological century and shut down), MTS system "Telekom Serbia" (3.5 million subscribers), OPGV optical main transmission system of EPS, Network for state bodies of Serbia (realized and in function in Belgrade), Internet backbone and internet network "Telekom Serbia" (in function), for several hundred state and private companies - local, city and intercity networks, wireless access networks, radio relay and optical transmission systems, etc.

Professor Paunović participated, ie managed, a number of projects/subprojects of the Ministries/funds of science, technology, technological development and environmental protection, as well as the army in the earlier phases of his work: "The concept of development and connection of the telecommunication system of Serbia" (1981-1984), "Immunity analysis of spread spectrum systems" (1982-1985), "Multipurpose radar systems" (1989-90), "SNTIS - Scientific and technological information system of Serbia" (1992), "Telecommunications" (1996-2000), "Software defined radio" (2002-2004), "Development and implementation of software and hardware for wireless telecommunications" (2005-2007) etc.

Within the application software for the field of telecommunications, in cooperation with the teams of the Radiocommunication Laboratory, among other things, software packages were developed for the Serbia and Montenegro Air Traffic Services (AERO, RADAR, RR), as well as RR package for MTEL (Montenegro), "Simulator CT radio channels” and a number of others.

During his professional and scientific career, prof. Paunović had intensive international cooperation: in addition to the Fulbright scholarship, he had study stays in Guilford, Sydney, Vienna, etc. This has often resulted in the procurement of state-of-the-art equipment for ETF Belgrade.

Prof. Paunović was a member of the IEEE for over 30 years (Life Senior Member). He was a member of the IEEE Communications Society, Broadcasting Society and Vehicular Society. He was particularly active in the region 8 (EAME - Europe, Middle East and Africa). He was elected or hired for: (1) IEEE Yugoslavia Section Chair 1993-2001, (2) IEEE Yugoslavia/Serbia&Montenegro ComSoc Chapter Chair 1997-2014, (3) Vice Chair for Technical Activities Region 8 IEEE (2007-2009), (4) General Chairman EUROCON 2005 Conference, (5) member of IEEE Region 8 Conference Coordination Committee 2005-2008, (6) IEEE Region 8 Student Paper Contest Coordinator 2010-2014 etc. In 1998, he was elected a member of the International Telecommunications Academy (ITA) - Moscow, Russia.

A significant part of his activities prof. Paunović dedicated to TELFOR as a member, ie Chair of the Steering Committee. TELFOR is the annual international regional IEEE conference. All finally accepted papers are published in the worldwide IEEE Xplore database. A number of different events (TESLA, EU Conf, NEUREL ...), presentations of companies and institutions, round tables, IEEE seminars, etc. are held in parallel at TELFOR. An integral part of the conference activities is the publication of the international TELFOR journal which is indexed in the NBS database, SCI Index, Directory of Open Access Journals and SCOPUS. The journal is in English with 2 volumes per year. Also, prof. Paunović was a member of the program committees of several domestic and international scientific conferences.

During his academic career he was the Head of Telecommunications Department, Head of Module for Electronics of the ETF, elected Vice Dean (1985-1987), Dean (1987-1991) of the ETF, member of the Council and Assembly of the University of Belgrade for several terms and elected Vice Rector of the University of Belgrade (1991-1995). He was also member of numerous committees, boards, commissions and juries. Đ. Paunović was elected a corresponding member of the Academy of Engineering Sciences of Serbia in 2007 and a full member in 2015. Professor Paunović was the holder of Pupin's medal for 2018.

Last but not least, the tact and understanding prof. Paunović showed in dealing with colleagues, as well as with all other persons with whom he came in contact, should be emphasized. 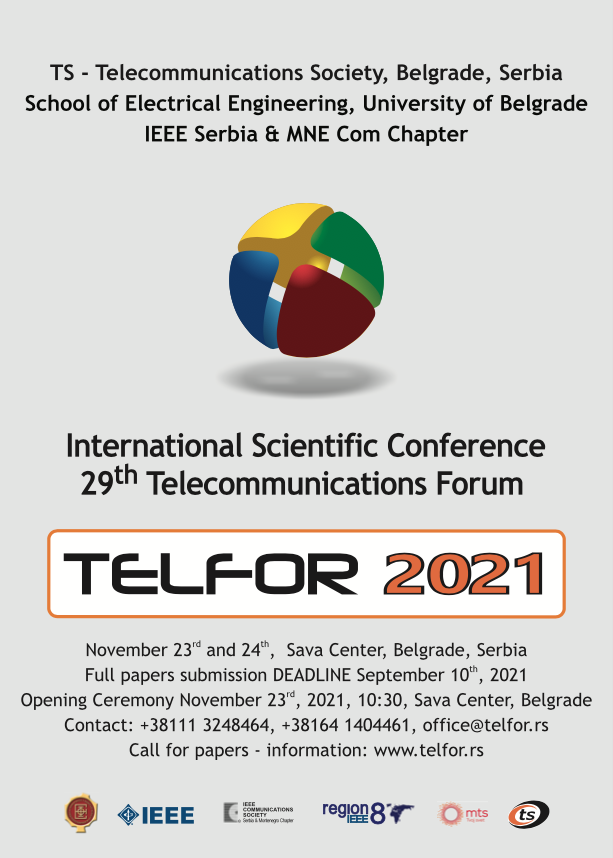